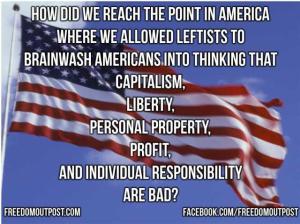 In answering this question, I assert that Political Correctness is to blame for the down-fall of America and American values in the United States, and I have labeled it the “Political Correctness Deformation Era” (PCDE).   This PCDE covers the time-period of 1977 to 2012.  Essentially, this is the period of time from which Jimmy Carter was elected to the office of President to the point in 2013 when Americans woke up and realized that Obama is a Communist.